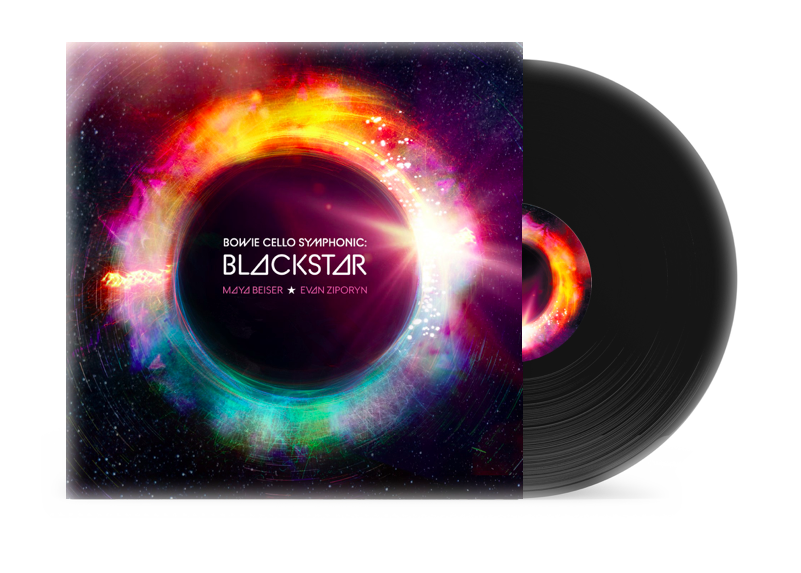 Evan Ziporyn founded AMBIENT ORCHESTRA in January 2016 as a People’s Orchestra for the 21st Century. Our repertoire is the 'hidden-in-plain-sight' recorded masterworks of ambient music, electronica, progressive rock, fusion jazz, and world music. We seek to transform this treasure trove of beloved recorded repertoire into large-ensemble, live human performance, to help audiences connect to the intensity - and necessity - of the orchestral idiom.

The Ambient Orchestra is the brainchild of Artistic Director Evan Ziporyn, who arranges for and conducts the ensemble. Ziporyn, having done award-winning arrangements for Bang on a Can (Brian Eno’s Music for Airports), YoYo Ma’s Silkroad Ensemble (the Grammy-award winning Sing Me Home and the soundtrack for Ken Burns/Lynn Novick’s documentary The Vietnam War), and Maya Beiser (Uncovered), launched the orchestra in the wake of David Bowie’s untimely death in January 2016. Said Ziporyn, “We wanted to do something right away, in the moment, while everyone’s thoughts and feelings about David Bowie and what he represents were still highly present. It was a both a way to express our collective grief and, in the spirit of Bowie’s endless creativity, channel it into something positive and beautiful.”

That debut performance, a benefit for cancer research held just two weeks after Bowie's death, featured an 80-piece volunteer ensemble of the Boston-area’s top professional musicians, in a performance of Philip Glass' two Bowie-inspired Symphonies, Low and Heroes. One year later, in March 2017, the group re-assembled to premiere Ziporyn's startling, evening-length arrangement of Bowie’s final album Blackstar, reconceived as a concerto for cello vistonary Maya Beiser. Beiser and Ziporyn have since performed the Blackstar Concerto with the Barcelona Symphony and at New York’s Central Park SummerStage. In Fall 2018 The Ambient Orchestra with Beiser as soloist embarked on their first US tour, which will conclude with an already-sold-out upcoming performance at Boston’s Isabella Stewart Gardner Museum, featuring an immersive multimedia environment developed especially for the piece by the creators of Guitar Hero and Rock Band, Eran Egozy and Alex Rigopulos.

Critical reaction has been effusive. Of the Boston premiere, the Boston Globe’s Marc Hirsh wrote, “David Bowie’s “Blackstar” was from the very start an album fundamentally concerned with transformation. Friday’s sold-out recasting of Bowie’s swan song as an extended orchestral piece by cellist Maya Beiser & The Ambient Orchestra, conducted by Evan Ziporyn, was in its way more faithful to his intentions than a straightforward duplication of the record…The orchestra’s approach took advantage of the rich, jazz-infused harmonic palette of “Blackstar.” As the rest of the strings rose up in deep menace and then flitted away like shadows, Beiser’s cello replaced the vocals of “Sue (Or In A Season Of Crime)” with a shivering panic, and “Girl Loves Me” tick-tick-ticked along implacably while she captured the curvy fillips of Bowie’s singing. And as it pressed forward, “Lazarus” reached further down into the grave and further up toward the stars all at once.” WBUR’s Jeremy Goodwin opined, “Ziporyn’s arrangement draws out the epic sweep, translating Bowie’s introspection into letters big enough for sky-writing. It turns out the combination of cutting edge classical music and the work of an arty rock hero can sound pretty sweet!”

Following the Barcelona performance, in a review entitled “The Fantastic Symphony of David Bowie,” El Mundo’s Javier Blanquez wrote, “Bowie is already symphonic. But last night another color was added to his music, a rich and adventurous density that easily and forcefully connected high and popular culture.”

Upcoming projects for the group include new versions of music by Robert Fripp & Brian Eno, Erik Satie, Laraaji, Glenn Branca, and Ziporyn himself. In March 2019 the group travels to Australia for 3 performances at Adelaide Fringe, in collaboration with the Elder Conservatorium. The group takes its name and inspiration from Brian Eno, who defined ambient music as ‘an atmosphere, a surrounding influence, a tint…pieces for particular times and situations.' Ambient also means ‘of or relating to the immediate surroundings.’ The Ambient Orchestra is devoted to both. 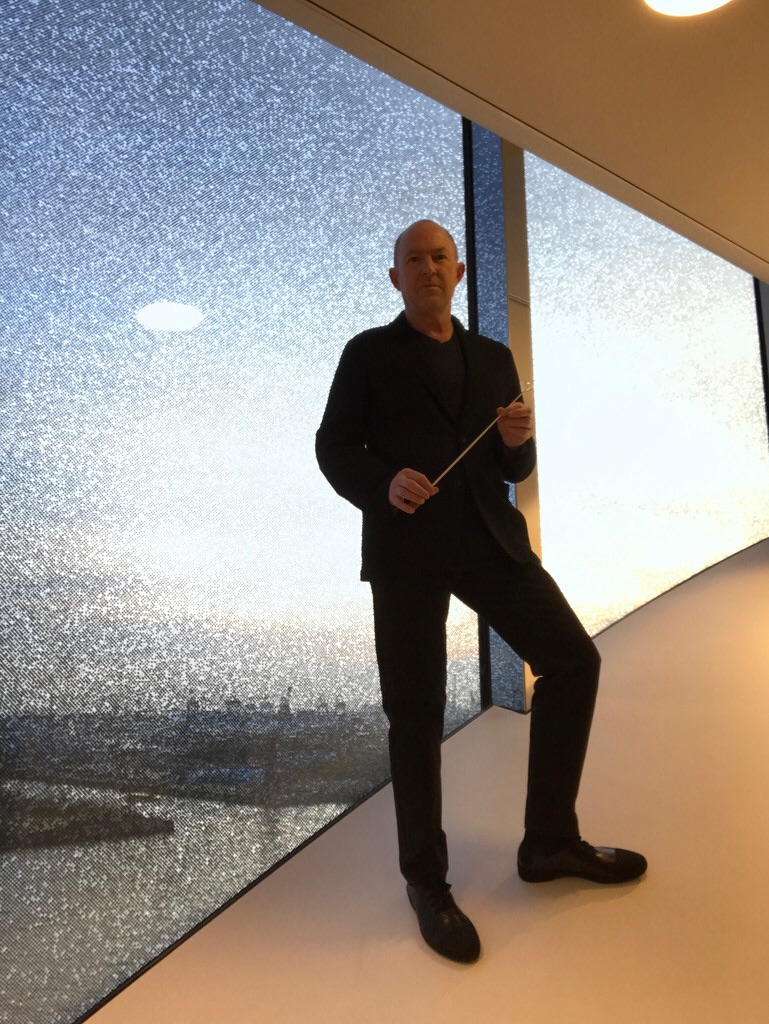 Evan Ziporyn's music has taken him from Balinese temples to concert halls around the world. He has composed for and collaborated with Yo-Yo Ma, Brooklyn Rider, Anna Sofie Von Otter, the American Composers Orchestra, Iva Bittova, Terry Riley, Don Byron, and Bang on a Can. In 2017, his arrangements were featured on Ken Burns and Lynn Novick’s The Vietnam War, and on Silkroad’s Grammy-winning album Sing Me Home. Recent conducting appearances include LA Opera, Hamburg Elbsphilharmonie, the Barcelona Symphony, and his own Boston-based Ambient Orchestra, which premiered Blackstar in 2017. At MIT he is Distinguished Professor of Music and Director of the Center for Art, Science and Technology. He studied at Eastman School of Music, Yale, and UC Berkeley with Joseph Schwantner, Martin Bresnick, and Gerard Grisey. He received a Fulbright in 1987, founded Gamelan Galak Tika in 1993, and has composed a series of groundbreaking compositions for gamelan and western instruments, as well as evening-length works such as 2001's ShadowBang, 2004's Oedipus Rex (Robert Woodruff, director), and 2009’s A House in Bali, which was featured at the prestigious BAM Next Wave Festival in October 2010. Awards include a USA Artist Fellowship, the Goddard Lieberson Prize from the American Academy of Arts and Letters, Massachusetts Cultural Council Fellowship, and commissions from Carnegie Hall, Kronos Quartet, Rockefeller Multi-Arts Program, and Meet the Composer. He co-founded the Bang on a Can All-Stars in 1992, performing with the group for 20 years (including 5 performances at the 1996 Adelaide Festival), producing their seminal albums Music for Airports, Renegade Heaven, and Big, Beautiful, Dark & Scary. He has also recorded with Paul Simon, Christine Southworth, Matthew Shipp, and the Steve Reich Ensemble (sharing in their 1998 Grammy for Best Chamber Music Performance). www.ziporyn.com 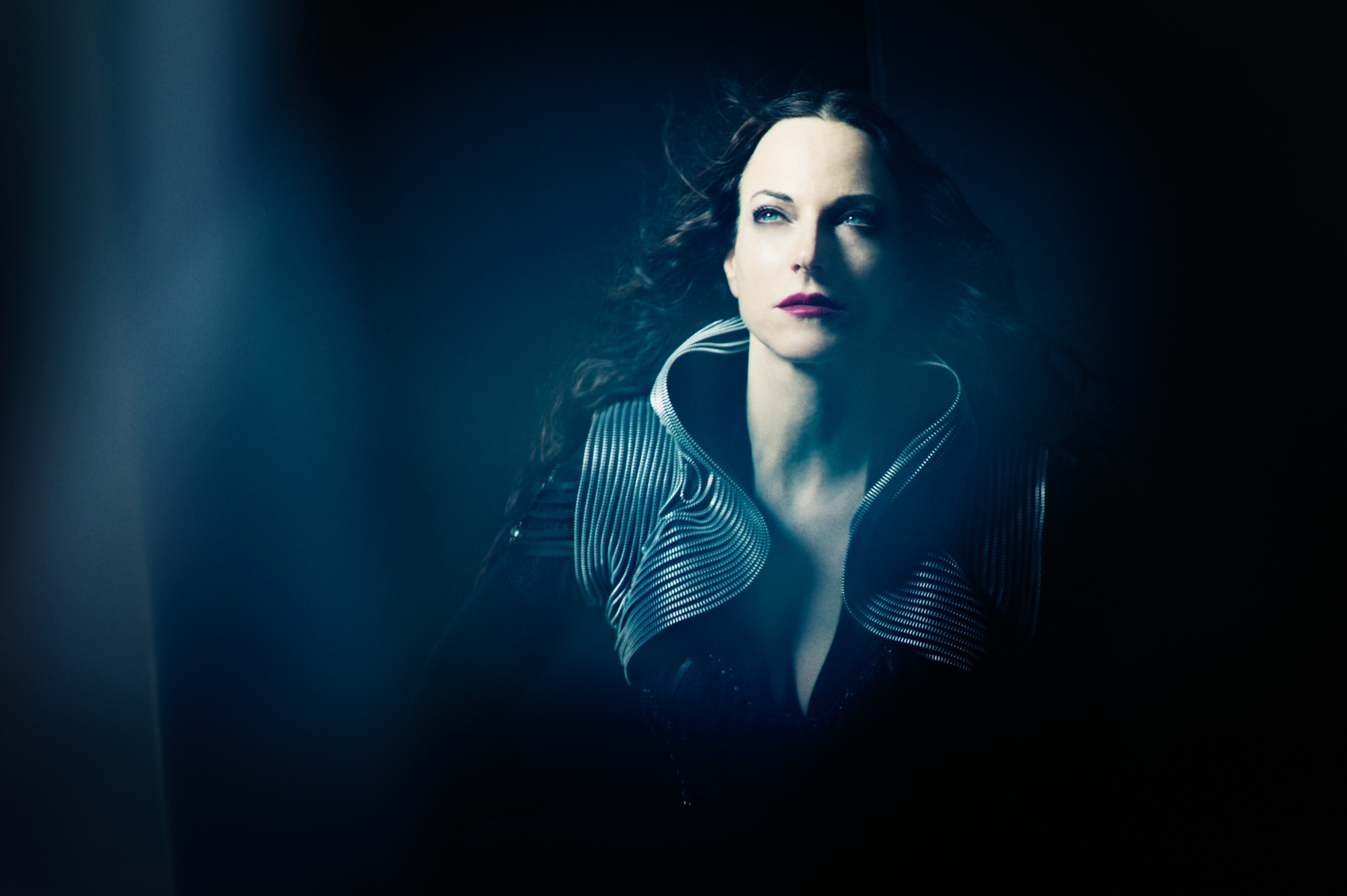 Avant-garde cellist and multifaceted artist Maya Beiser defies categories. Passionately forging a career path through uncharted territories, she has captivated audiences worldwide with her virtuosity, eclectic repertoire, and relentless quest to redefine her instrument’s boundaries. The Boston Globe praises her “virtuoso chops and rock-star charisma,” describing her as, “a force of nature,” while Rolling Stone calls her a “cello rock star.” Raised in the Galilee Mountains in Israel, surrounded by the music and rituals of Jews, Muslims, and Christians while studying classical cello repertoire, Maya is dedicated to reinventing solo cello performance in the mainstream arena. A featured performer on the world’s most prestigious stages including Lincoln Center, Carnegie Hall, BAM Next Wave Festival, Kennedy Center, London’s Southbank Centre and the Barbican, Sydney Opera House, Beijing Festival, and the Big Ears Festival, she has collaborated with a wide range of artists including Tan Dun, Brian Eno, Philip Glass, Steve Reich, Louis Andriessen, Shirin Neshat, Robert Woodruff, and Bill Morrison, among many others. Her discography includes ten solo albums; her 2016 album TranceClassical debuted at No. 1 on the Apple Music classical chart and her acclaimed album Uncovered also topped the classical music charts making the number one spot on both Amazon and Apple Music in 2014. Her latest album, David Lang’s the day and world to come, was released in January 2018 on Cantaloupe Music. Maya Beiser is a 2015 United States Artists (USA) Distinguished Fellow and a 2017 Mellon Distinguished Visiting Artist at MIT Center for Art, Science & Technology; her 2011 TED Talk has been watched by over one million people, and she was recently a Presenting Artist at the inaugural CultureSummit in Abu Dhabi. Maya was a founding member of the Bang on a Can All-Stars and is a graduate of Yale University. www.mayabeiser.com

Boston Conservatory at Berklee provides a progressive learning environment where students are challenged to realize their potential as artists and inspired to pursue their dreams. Long recognized for its specialized training in dance, music, and theater, the Conservatory’s merger with Berklee now combines this rigorous, focused instruction with unparalleled access to a broad range of academic and creative opportunities. Set in the cultural, historical, and educational hub of Boston, this extraordinary institution represents the future of performing arts education.

On the heels of its first US tour, Evan Ziporyn’s Ambient Orchestra with cello soloist Maya Beiser comes to Adelaide Fringe 2019 for three performances showcasing its ‘rich and adventurous’ (Javier Blanquez, El Mundo) orchestral renditions of music by David Bowie, Robert Fripp & Brian Eno, and Laraaji. The American-based ensemble, founded by composer/arranger Ziporyn in 2016, joins forces with Israeli-born cello virtuoso Maya Beiser (described by the New Yorker as a ‘cello goddess’) and musicians from Adelaide’s own Elder Conservatorium. All performances will be in held in Elder Hall, at RCC Fringe.

On March 15 at 8 pm, The Ambient Orchestra (TAO) makes its Australian debut with An Ambient Primer, featuring world premieres of Ziporyn’s arrangements of two classics of the early ambient electronica genre, Side A of Robert Fripp & Brian Eno’s Evening Star and Laraaji’s hypnotic 3-movement The Dance from his Eno-produced debut album, Day of Radiance. The programme also includes Ziporyn’s ‘lulling and dreamlike’ (Marc Hirsh, Boston Globe) live remixes of Erik Satie’s proto-ambient Trois Gymnopedies and Ziporyn’s own Frog’s Eye, a ‘hypnotic and innately lyrical’ (John Kelman, All About Jazz) invocation of the New England summer soundscape.

On March 16 at 8 pm and March 17 at 1 pm, TAO is joined by ‘cello goddess’ Beiser to present the Blackstar Concerto, Ziporyn’s note-for-note adaptation of David Bowie’s final masterpiece, for cello and orchestra, with Beiser taking on the challenge of simultaneously channeling both Bowie’s unique vocal style while also carrying the mantle of lead guitar and solo saxophonist. Sold-out performances in Boston, Barcelona, and New York’s Central park have been greeted with critical acclaim and rapturous audience reception. In the words of El Mundo’s Javier Blanquez, “Bowie is already symphonic. But last night another color was added to his music, a rich and adventurous density that easily and forcefully connected high and popular culture.” As soloist, Beiser more than rises to the occasion. The Boston Globe’s Marc Hirsh writes: “Beiser’s cello replaced the vocals of “Sue (Or In A Season Of Crime)” with a shivering panic, and “Girl Loves Me” tick-tick-ticked along implacably while she captured the curvy fillips of Bowie’s singing. And as it pressed forward, “Lazarus” reached further down into the grave and further up toward the stars all at once.”

Ziporyn and Beiser are no strangers to Australian audiences or to Adelaide. They cofounded the Bang on a Can All-stars (named Musical America’s 2005 Ensemble of the Year) in 1992, bringing the group to the Adelaide Festival for 5 critically acclaimed performances in 1996. This was soon followed by a US tour with Richard Tognetti’s Australian Chamber Ensemble, which culminated in a performance at the Sydney Opera House for the 2000 Olympic Arts Festival.

Since that time both artists have forged solo careers of unique distinction and scope, with Beiser’s 2016 TranceClassical debuting at the top of the Apple Classical charts, and her 2011 Ted Talk receiving over one million views. Ziporyn’s arrangements have been featured in Ken Burns & Lynn Novick’s 2017 10-part documentary, The Vietnam War, and on Silkroad Ensemble’s Grammy Award-winning Sing Me Home. In 2014 Beiser and Ziporyn collaborated on Uncovered, featuring Ziporyn’s arrangements for Beiser of music by Led Zeppelin, Janis Joplin, Jimi Hendrix, Nirvana, King Crimson, and Australia’s own AC/DC.

Both are thrilled at the prospect of returning to Adelaide. Says Ziporyn, “Our appearances together at the 1996 Festival were deeply formative for us, and were in many ways truly a springboard to what’s come since. Blackstar is the largest collaboration Maya and I have done together, and it feels very full-circle in a wonderful way to bring it to Adelaide Fringe.” 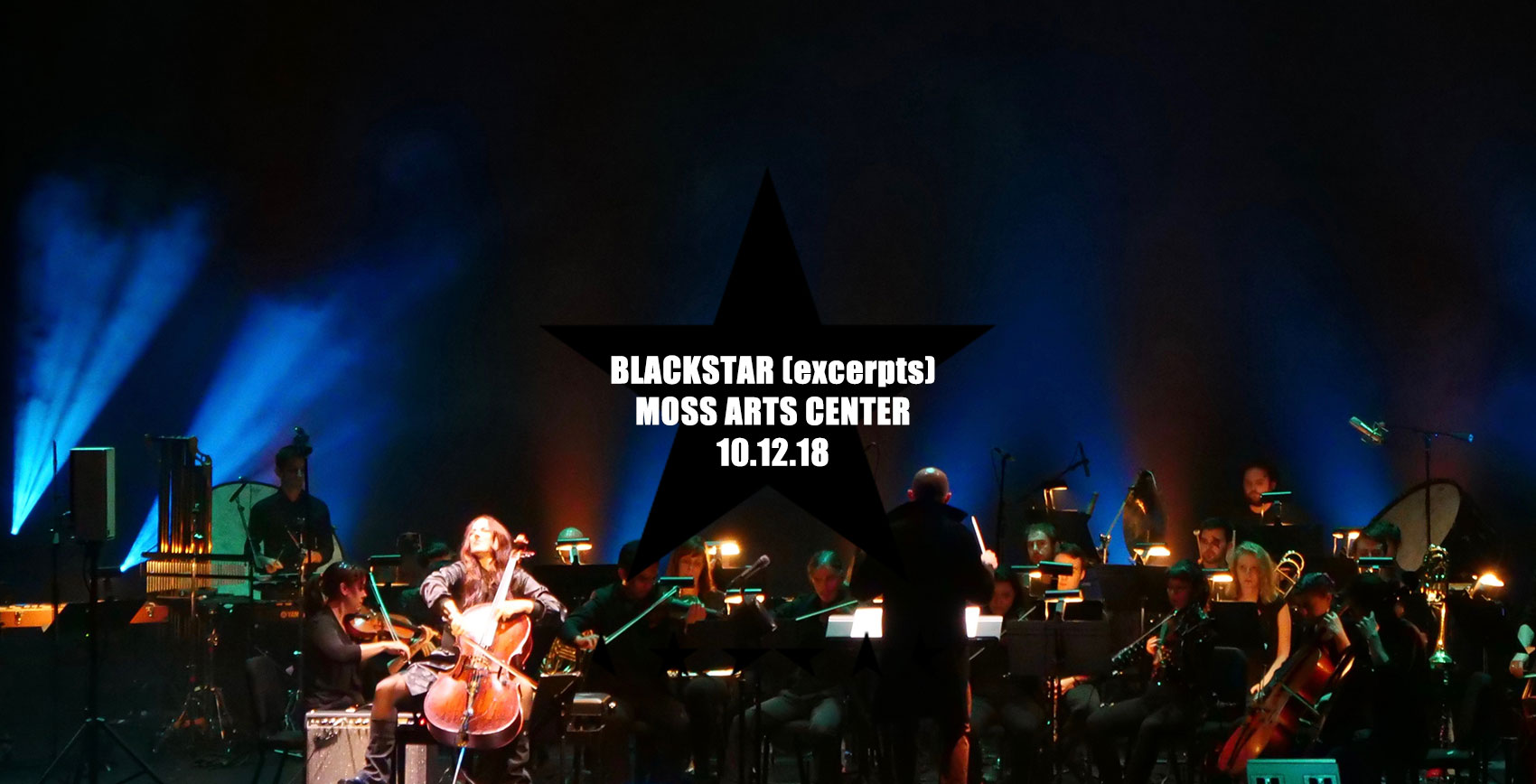 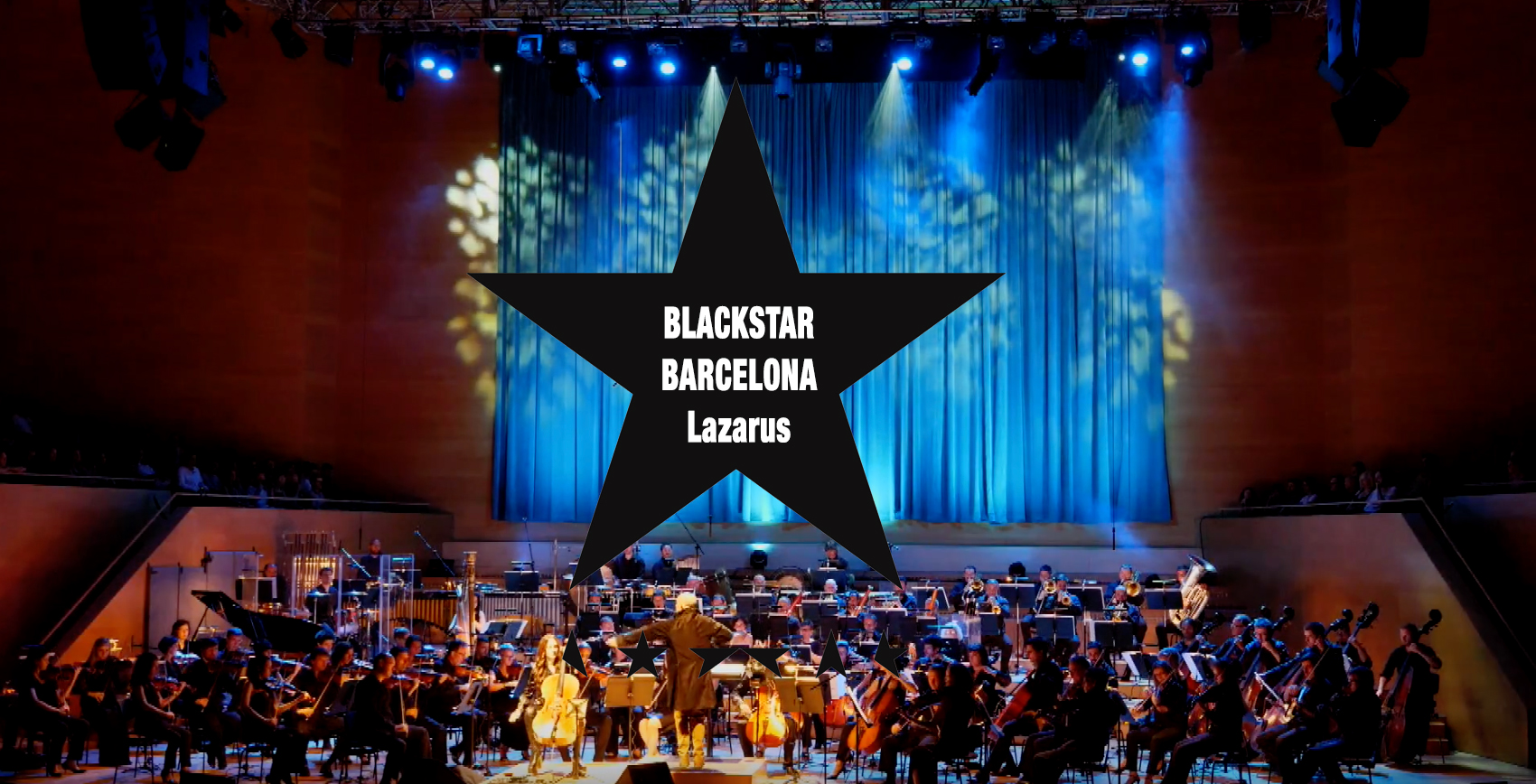 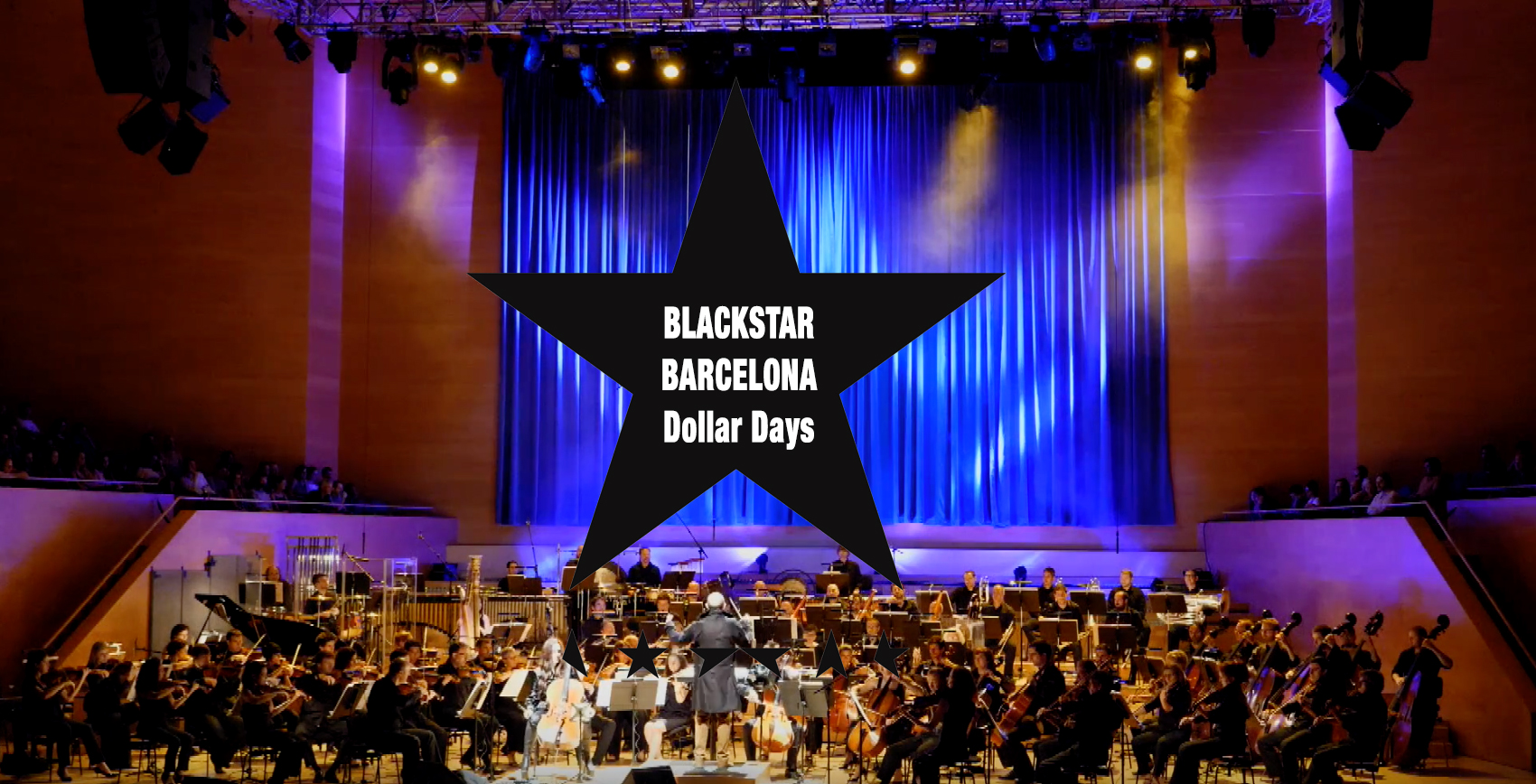 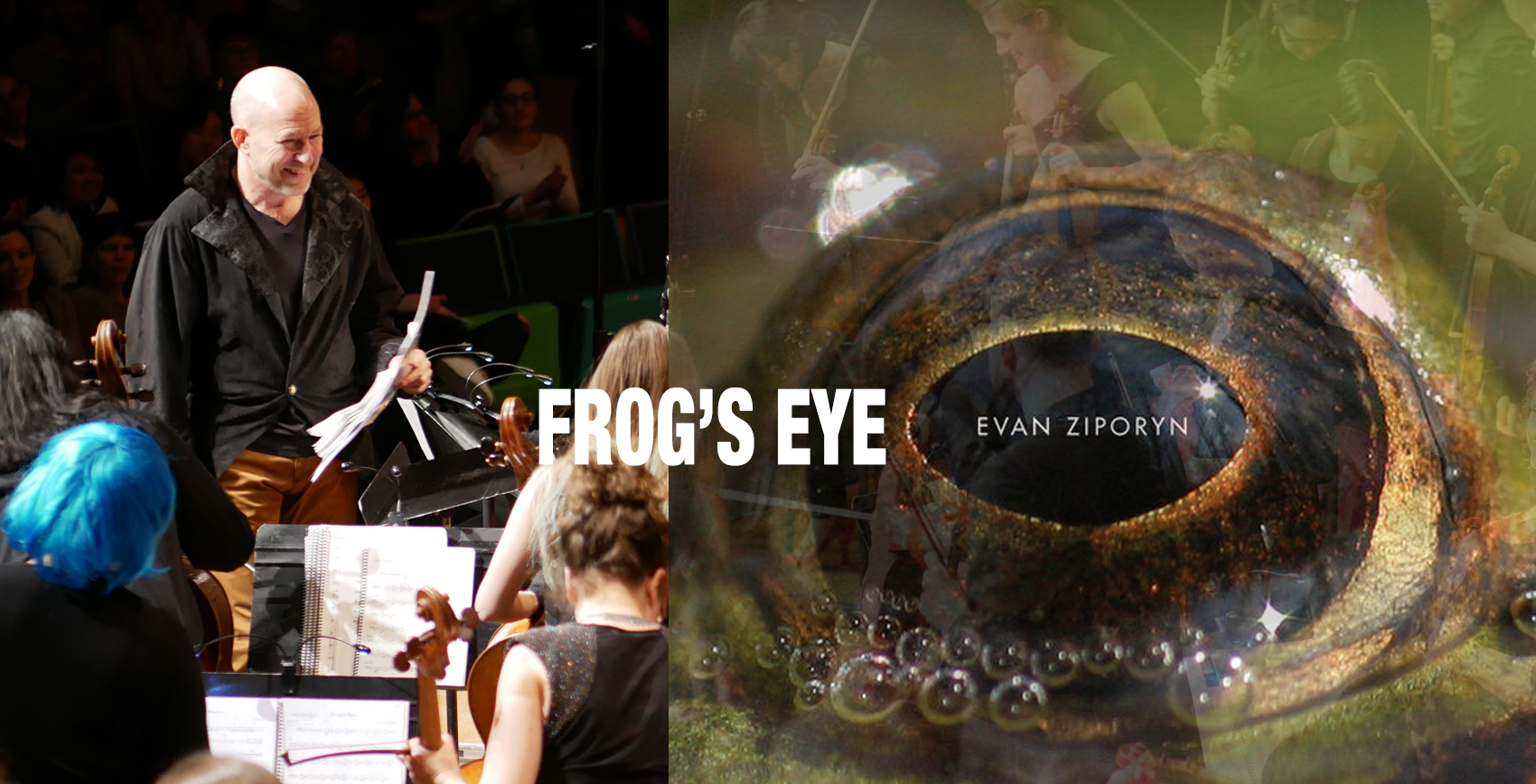 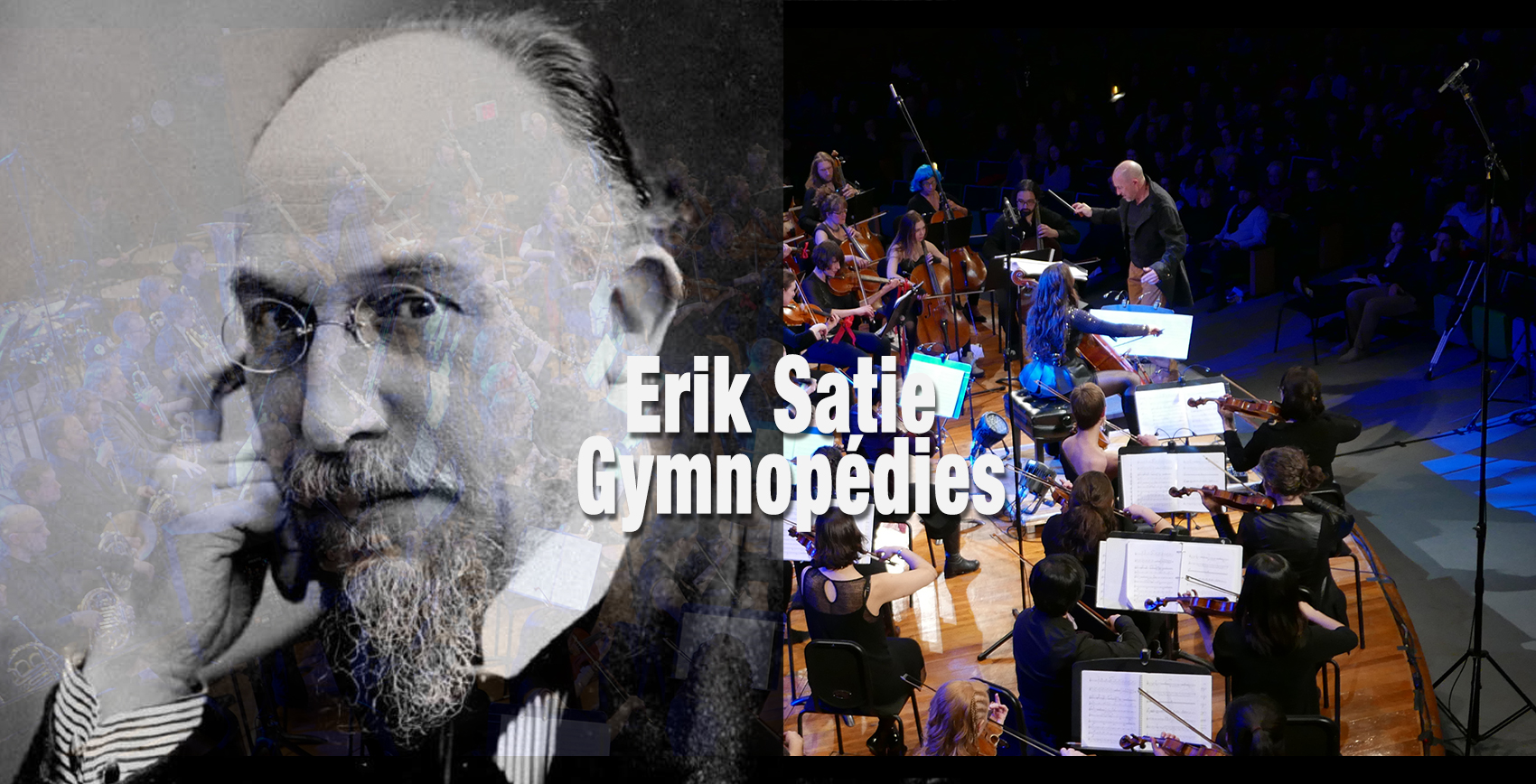 “Bowie is already symphonic. But last night another color was added to his music, a rich and adventurous density that easily and forcefully connected high and popular culture.” (Javier Blanquez, El Mundo)

“Beiser’s cello replaced the vocals of “Sue (Or In A Season Of Crime)” with a shivering panic, and “Girl Loves Me” tick-tick-ticked along implacably while she captured the curvy fillips of Bowie’s singing. And as it pressed forward, “Lazarus” reached further down into the grave and further up toward the stars all at once.” (Marc Hirsh , The Boston Globe)

Before the concert begins, please turn on your cellphones
by Zoë Madonna, The Boston Globe, February 24, 2017

For all inquiries including booking and media, please email info@airplaneears.com